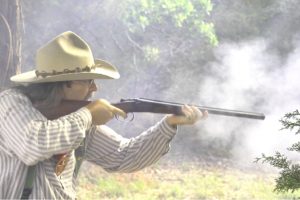 It began with a wondering question, likely during a beer fueled discussion, of who would win in a shooting contest between men and women of the Cowboy Action Shooting sport (CAS) shooting late 1800s cowboy weapons and current day lawmen shooting their modern semi-auto duty weapons. The question is answered annually in the TRR promoted and supported Cops & Cowboys Shootout!

The shootout is hosted by the Tejas Caballeros Cowboy Shooting Club (Cabs), a not for profit CAS organization affiliated with the Single Action Shooting Society (SASS). 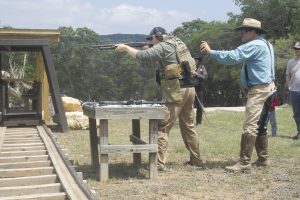 Lawmen were first place winners in the 2017 and 2018 shootout. The time difference between the fastest Cop and the fastest Cowboy  was mere seconds. The timed and accuracy competition was so close  that the CAS shooters are confident of overcoming the lawmen’s slight time advantage and taking first place in the March 30, 2019 competition of the Cops & Cowboys Shootout!

The event is financially supported by multiple Hill Country area businesses. Proceeds of the annual event are donated to the Hill County 100 Club, an all-volunteer 501(c) (3) organization with a sole purpose of financially assisting families of first responders who are seriously injured or killed in the line of duty. 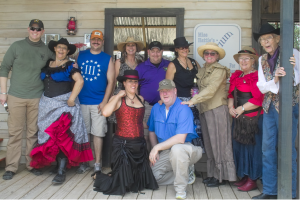 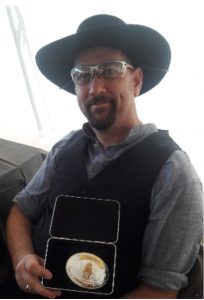